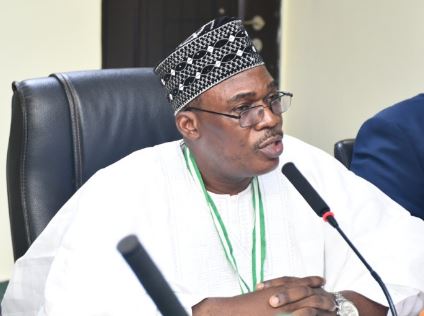 As the  Chartered Institute of Taxation of Nigeria (CITN) celebrates 40th anniversary next month, its President, Mr Adesina Adedayo, has paid tribute to its founding fathers  in conceptualising  birth ,  sustaining vision and managing challenges, success and  leadership succession of the institute.

Adesina, who stated this Tuesday in Lagos at a briefing to commemorate the institute’s 40th anniversary, said they have kept faith with the ideals of the vision on which the Institute was founded, adding that “CITN has continued to keep its focus on the training, development and certification of members of the profession to evidence their competency and character.” Going down memory lane, he explained that the Institute, which started on February 4, 1982 as Association of Tax Administrators and Practitioners,  metamorphosed to Nigeria Institute of Taxation and became chartered by Decree No. 76 of 1992(now Act. No. 76,CAP C10, LFN 2004) as the foremost Institute recognized by law to regulate the taxation profession in Nigeria.

He added: “From that period till date, the Institute has grown in leaps and bounds, hence the reason for this celebration of our great Institute. CITN has also ensured that it is living up to its duty to continually enlighten and educate the public and stakeholders alike both through members of the profession, district societies and the Institute. We do this through advisory, involvement and participation in activities geared towards improving the legislative, administrative and policy frameworks of tax education, administration and practice. We make informed input to government fiscal and tax policy direction and also update our members on emerging Tax policy and related issues. These achievements and more would be highlighted in the course of the celebration”.

Highlighting activities lined up for the anniversary, the Chairman  of the 40TH Anniversary Committee, Mr Foluso Fasooto, said the 40th Anniversary would kick off with Jumaat Service at Alausa Central Mosque and all other designated mosques in all the District Societies nationwide on Friday, January 28, 2022 followed by press briefing the following day, Saturday, January 29. 40th Anniversary Thanksgiving Service at Chapel of Christ the Light Church, Alausa-Ikeja and all other designated churches in all the District Societies nationwide on Sunday, January 30, 2022, while tax walk in all the District Societies nationwide and also at the National Headquarters  would take place on Monday, January 31, 2022. The rest activities include public lecture  at Sheraton Hotels, Abuja on Tuesday, February 1, 2022; visit to IDP camps, orphanages/less privileged homes on Thursday, February 3, and  dinner on Saturday, February 5, 2022.

This website uses cookies to improve your experience while you navigate through the website. Out of these, the cookies that are categorized as necessary are stored on your browser as they are essential for the working of basic functionalities of the website. We also use third-party cookies that help us analyze and understand how you use this website. These cookies will be stored in your browser only with your consent. You also have the option to opt-out of these cookies. But opting out of some of these cookies may affect your browsing experience.
Necessary Always Enabled
Necessary cookies are absolutely essential for the website to function properly. These cookies ensure basic functionalities and security features of the website, anonymously.
Functional
Functional cookies help to perform certain functionalities like sharing the content of the website on social media platforms, collect feedbacks, and other third-party features.
Analytics
Analytical cookies are used to understand how visitors interact with the website. These cookies help provide information on metrics the number of visitors, bounce rate, traffic source, etc.
Advertisement
Advertisement cookies are used to provide visitors with relevant ads and marketing campaigns. These cookies track visitors across websites and collect information to provide customized ads.
SAVE & ACCEPT